How many ways do you protect yourself from harmful UV rays? 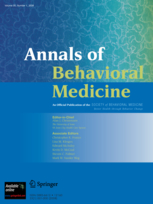 Skin cancer prevention practices aim to reduce exposure to harmful ultraviolet (UV) rays that causes skin cancer. There are several behaviors that can protect the skin from the harmful radiation – using sunscreen, wearing hats and shirts, and seeking shade.

Researchers at Penn conducted an experiment with white men and women between the ages of 18 – 49 years old, to see if specific health communication messages would change their intentions to protect themselves from the sun.

Researchers asked participants to watch videos, and then to report whether they would be more or less likely to use the protection method featured. They also viewed messages that contained more than one protective behavior.

The results of the experiment showed that messages which emphasized only one sun protection behavior with general sun safety messaging were more promising than those that focused on multiple behaviors.  In some cases, men and women responded differently. More women in the study felt strongly that they would miss out on activities if they applied sunscreen, but they felt positive about protecting their head and face from the sun by covering up. On the other hand, men more often felt they would miss out on activities if they sought shade.

Investigators did not see specific messages rising to the top in this study, and suggest that focusing on a single sun protection behavior initially would be more effective.  This is seen as a first step, as longer communication campaigns may be needed to achieve lasting changes. One viewing of a message about protection is not enough to change a person’s behavior when it comes to sun protection methods.

Bleakley A, Jordan A, Strasser A, Lazovich D, Glanz K. Testing General Versus Specific Behavioral Focus in Messaging for the Promotion of Sun Protection Behaviors, Annals of Behavioral Medicine, 2019 Oct 4