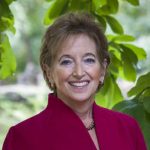 Karen Glanz, PhD, MPH is George A. Weiss University Professor, Professor in the Perelman School of Medicine and the School of Nursing, and Director of the UPenn Prevention Research Center, at the University of Pennsylvania. She is Associate Director for Community-Engaged Research and Program Co-Leader for the Cancer Control Program, at the Abramson Cancer Center at UPenn.

Her research in community and healthcare settings focuses on obesity, nutrition, and the built environment; reducing health disparities, and health communication technologies.  She has published over 500 articles and chapters and is lead Editor on five editions of the widely used text, Health Behavior: Theory, Research, and Practice (Jossey-Bass/Wiley: 1990, 1996, 2002, 2008, 2015).  As a result, her research and publications about understanding, measuring, and improving healthy food environments, beginning in the 1980s, have been widely recognized and replicated.

She served on the NHLBI Advisory Council from 2017-2021 and served on the US Task Force on Community Preventive Services for 10 years.  Dr. Glanz was elected to membership in the National Academy of Medicine of the National Academy of Sciences (previously known as the Institute of Medicine) in 2013.  Furthermore, she has an H-index of 103 and was designated a Highly Cited Author by ISIHighlyCited.com, in the top 0.5% of authors in her field over a 20-year period, from 2006 to the present.  She was designated as one of The World’s Most Influential Scientific Minds 2015 by Thomson Reuters.